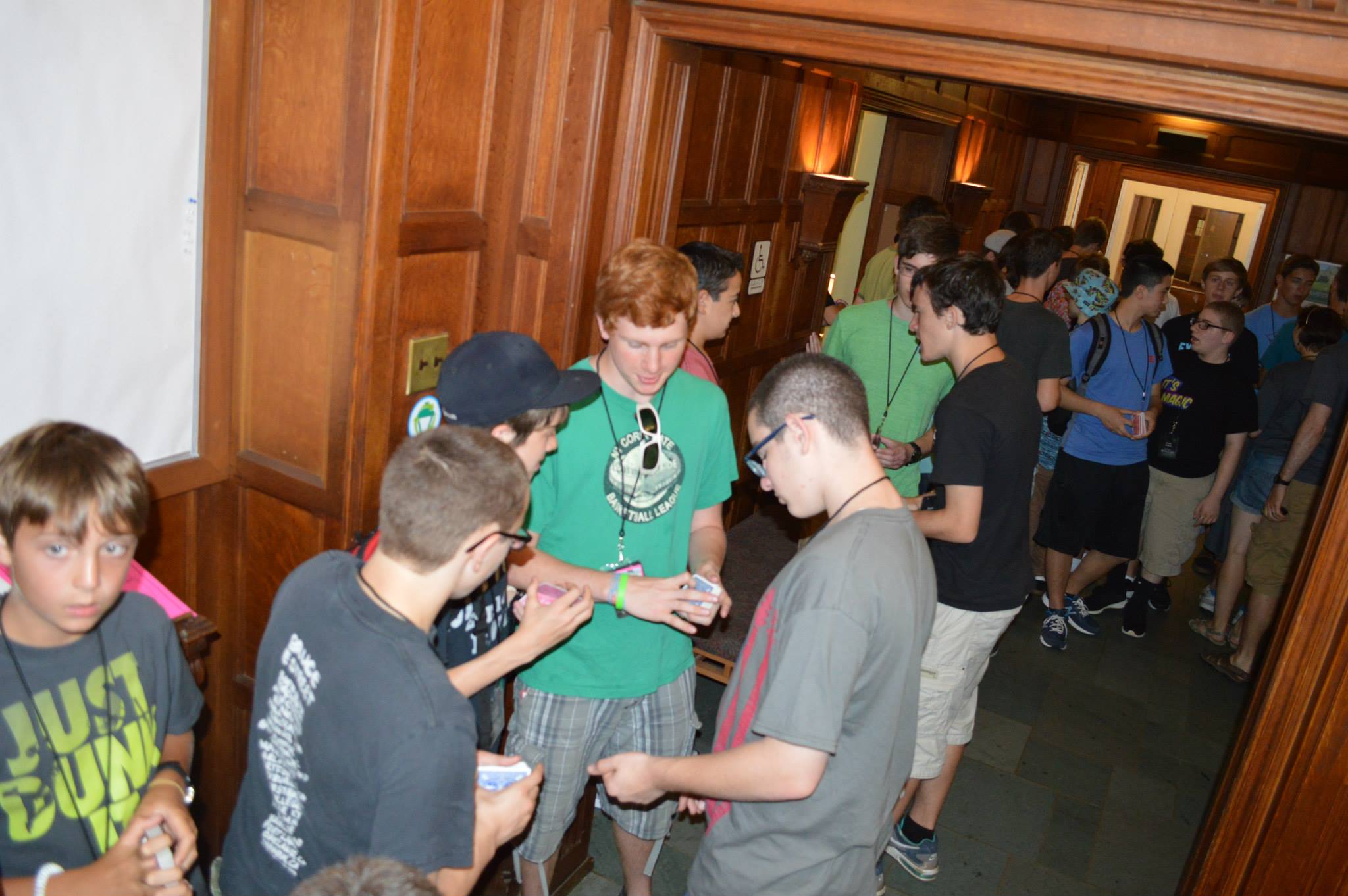 I’m often asked how someone becomes a magician. The snappy answer is: “I was tricked into it!” But in truth it takes a lot of hard work, starting at a young age.

My uncle Nat Zuckerman showed me my first card trick at age six, and I knew from that moment on that I had to become a magician. It felt preordained.

When I was 13 years old, my parents sent me to Tannen’s Magic Camp, a week-long sleepaway camp for young magicians. My fellow campers included David Blaine and Adrien Brody. Thirty years later (!) I was invited back to the same camp to teach and perform. Last Wednesday I volunteered to spend a full day with 136 enthusiastic teenage magicians.

I went there with the intention to inspire them — to show the campers where magic might take them. After all, I sat in their seats thirty years ago and have since turned my passion into a successful career. What I wasn’t expecting was how the students would inspire me with their energy, raw talent and deep enthusiasm for our shared love of magic. Tannen’s Magic Camp is held on the idyllic campus of Bryn Mawr college in Pennsylvania. The dormitories look as if they jumped out of the pages of Harry Potter – classical Gothic architecture that could double for Hogwarts castle.

The camp day is divided into workshops, lectures, jam sessions, and evening magic shows. The campers are also invited to compete in a contest held at the end of the week. (When I was a teen, I won second place in the Advanced Close-up Magic contest two years in a row. Where are the first place winners now, I wonder?)

A detail that revealed itself during my visit was the idea of note-taking. Campers carried around pens and notebooks, and jotted down ideas that they did not want to forget throughout the day. These kids were serious about learning magic! I taught a class for older students titled “The Business of Magic,” as the majority of them had already been paid to perform shows professionally in their hometowns and wanted to learn how to expand their performing opportunities. Although I’m not a businessman, I’ve learned to think like one, and I shared my opinions on how to assign value to a magic show, even for youngsters just getting started in show business.

At times, the campers were so quiet that I wasn’t sure whether they were listening. Their faces turned expressionless, and I stopped to ask, “Is any of this interesting to you?” They snapped alert and gave a resounding “Yes!” They were so absorbed in the content of my talk that the rest of the world had apparently dropped away.

The campers may not realize how fortunate they are. Counselors this year included professional magicians from around the country, such as Derek Hughes, Derek DelGaudio, Dan & Dave Buck, Kostya Kimlaut, Hiawatha Johnson and David Oliver. 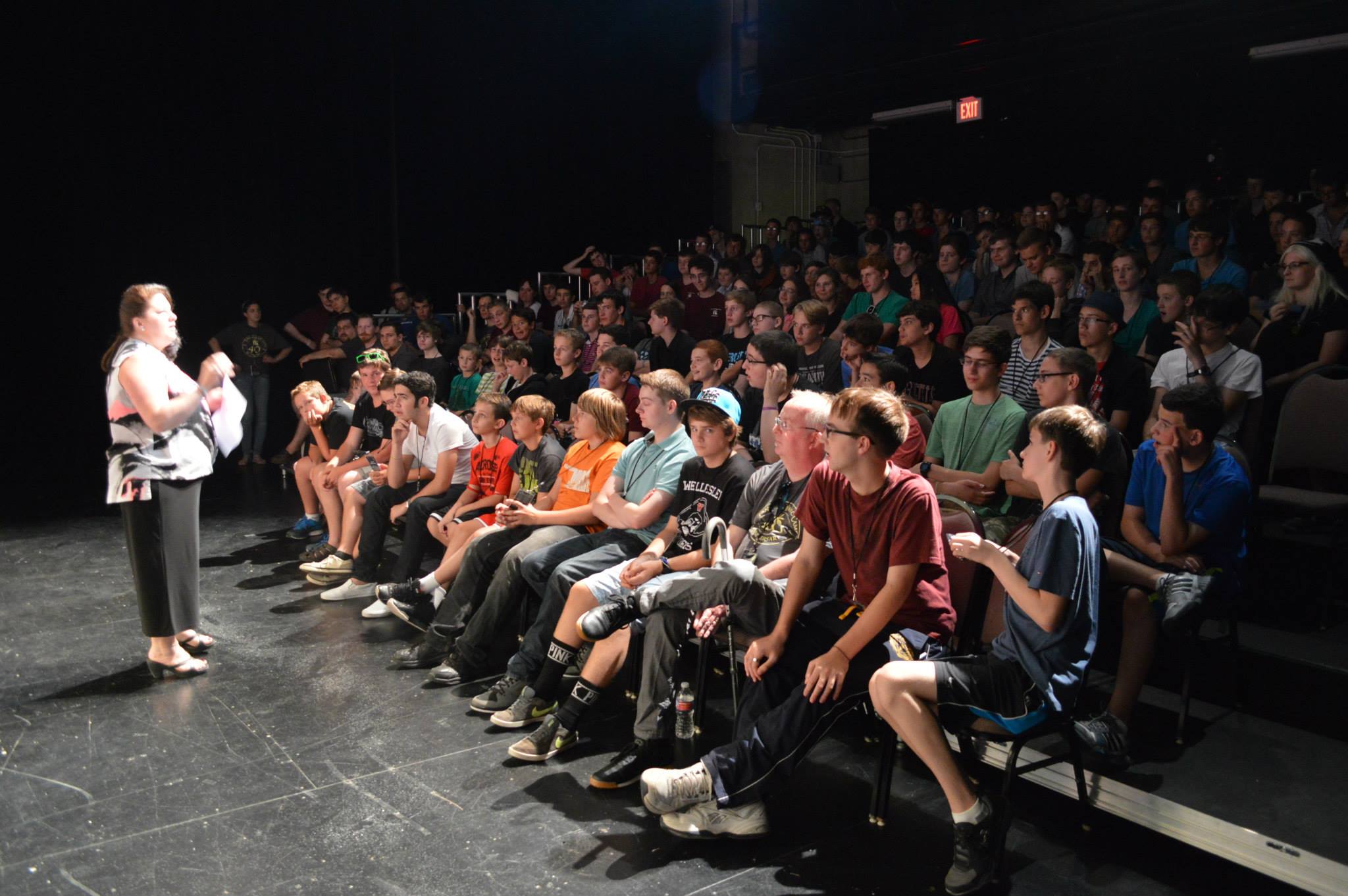 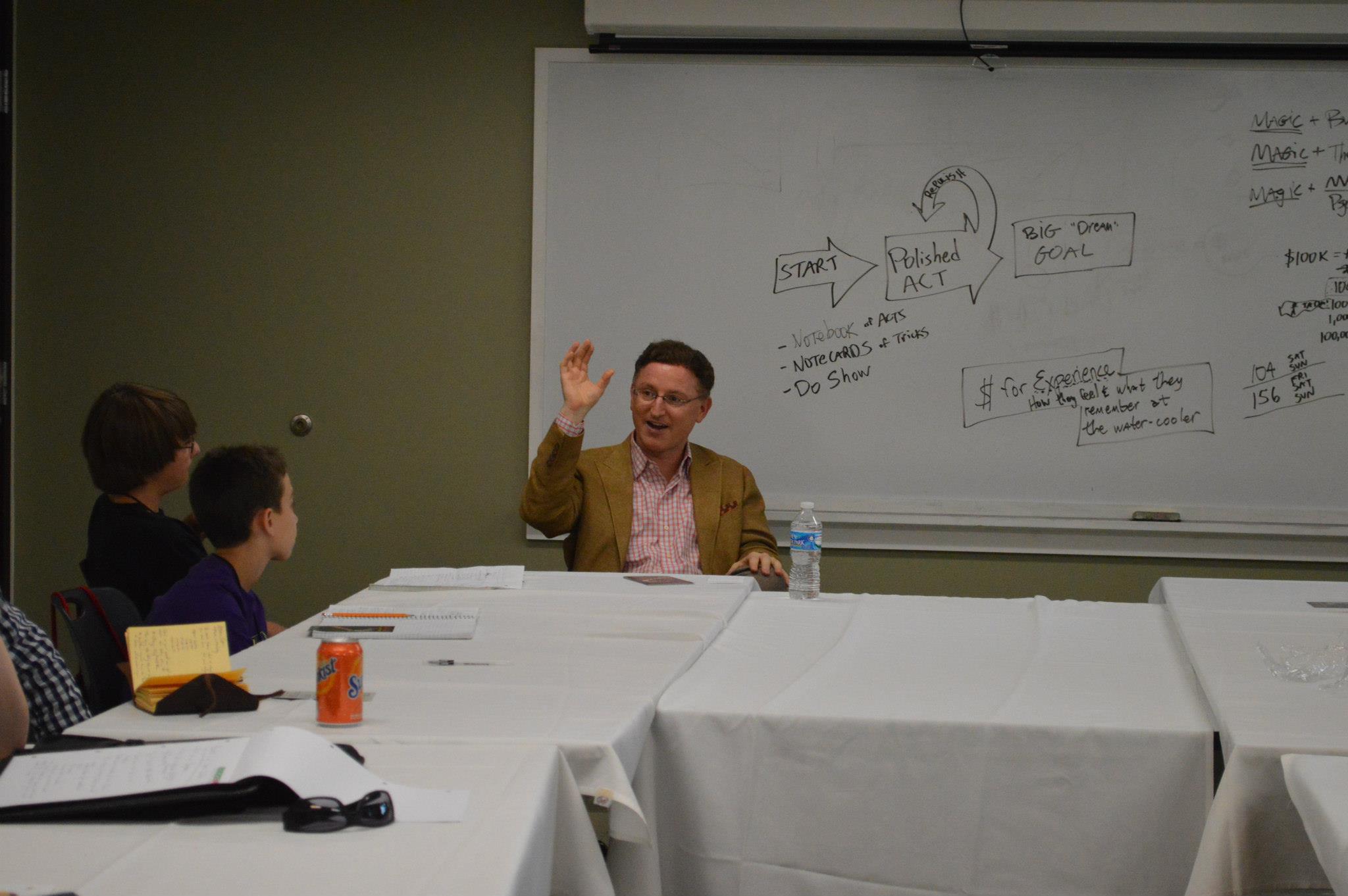 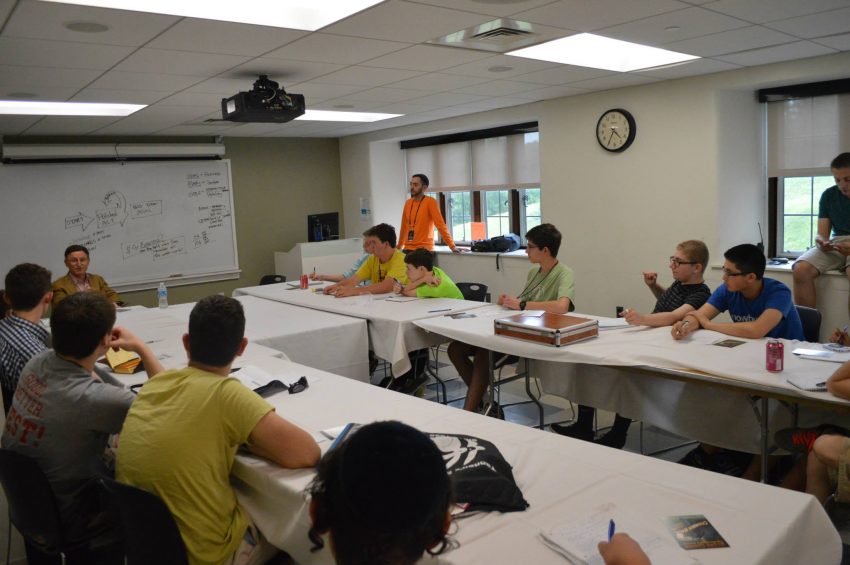 These campers asked all the right questions. At the end, one told me “That was such an intellectual talk. You changed the way I view my future as a magician.” A camper reads a first edition of the classic “Greater Magic” while eating lunch!

Legendary illusionist David Copperfield and his executive producer Chris Kenner even participated in a one hour Skype interview on a large screen. They generously fielded questions from the magicians of tomorrow, and gave smart advice that I wish I had heard at that age. 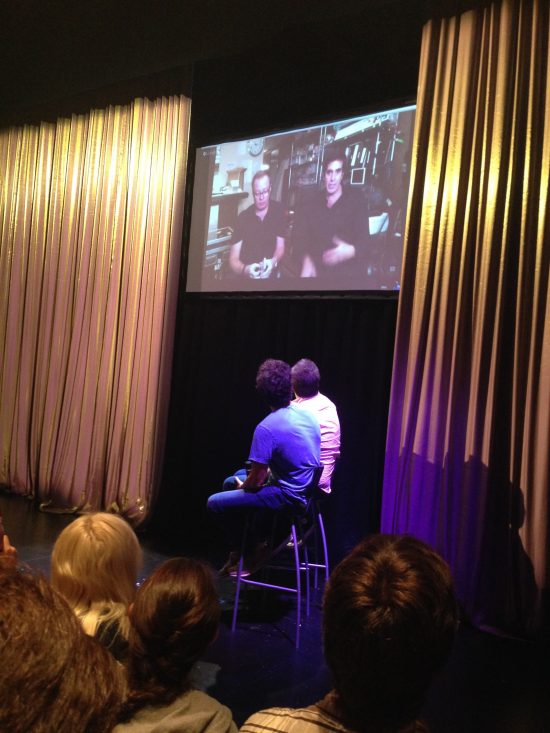 David Copperfield and Chris Kenner give magic advice via Skype

When I was a camper in 1984, my counselors included many professionals: Bob Elliott, Jay Sankey, Richard Sanders, Robert Baxt, and Johnny Ace Palmer. Guest performers I can remember included Harry Lorayne, Jeff McBride, and Criss Angel.

Clearly this camp is doing something right. The level of instruction is matched equally to the intensity of student interest, resulting in a collaborative environment that pushes the art of magic forward. 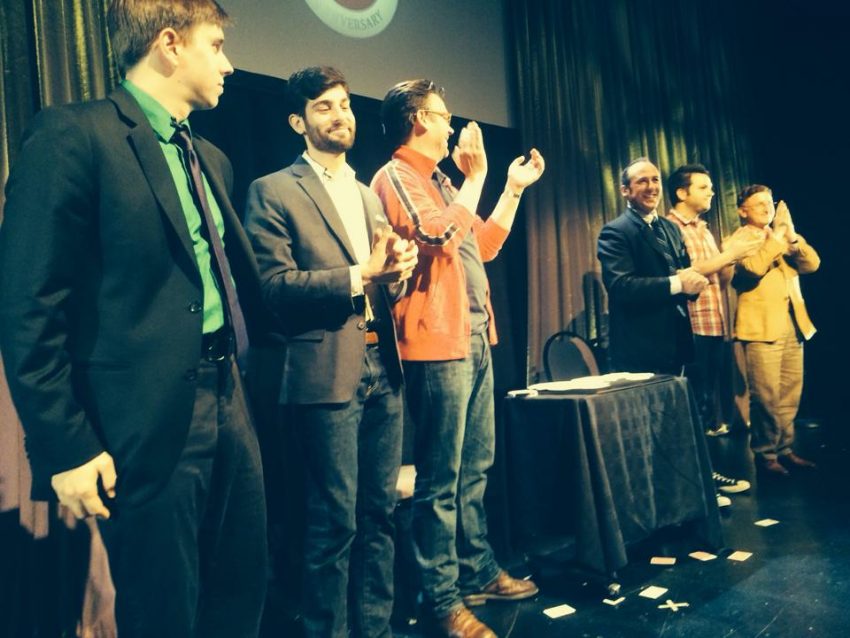 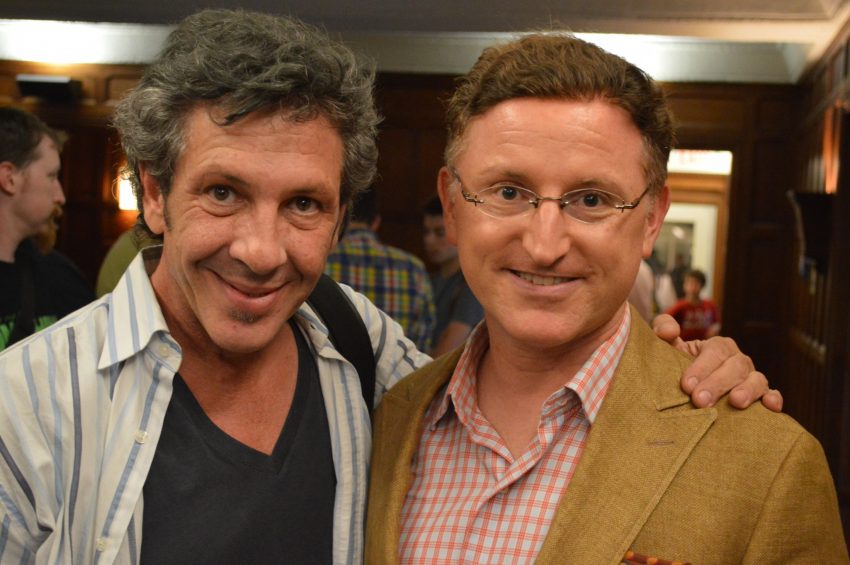 On a personal level, I was emotionally touched when several campers approached me and said that their visits to my show at the Waldorf Astoria were the reason they wanted to become magicians.

While some kids attend soccer camp, ballet camp, lacrosse camp or even computer camp to perfect their skills, the kids who attend magic camp have their eyes on a goal of equal importance: bringing enjoyment to an audience by making the impossible look possible. It was an honor to help them see the heights to which their passion may rise.

Video: An enthusiastic response to my performance 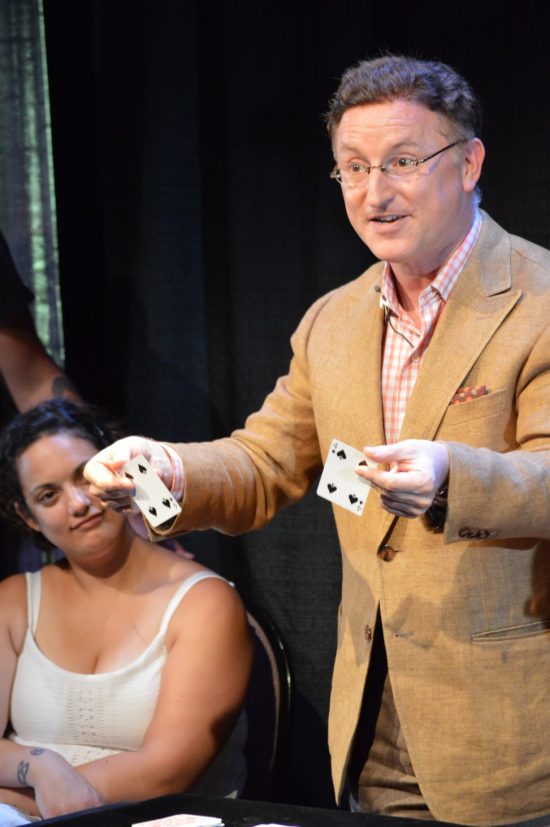 I was invited to close the Professional Close-up Magic show. The circle is now complete.